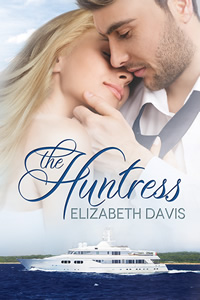 Kaitlin Hawthorne’s life as an heiress to her family’s multinational tech firm was over the moment she decided to pack up and flee with her father’s protégé. Determined to strike out on her own, she sets sail for parts unknown but is haunted by her past mistakes and the fiancée she has left behind. Will the sins of her past ruin her chance for happiness with the man of her dreams?

Marcelo Alesi is a reformed bad boy, primed to revolutionize the tech industry. But an unexpected proposition convinces him to abandon his carefully laid plans for the chance to reclaim the only woman he has ever loved; even if it means playing fast and hard with the truth.

As the two embark on a journey, Kaitlin is drawn into the mysterious organization known as “The Order”. Distrustful of the Order’s motives, and concealing secrets of his own, Marcelo fights to protect and love Kaitlin, the woman he has claimed as his own.

“From the first moments, when the tearful Kaitlin appears at Marcelo’s door, the plot grabs the reader and doesn’t let go until the last pages.” —JACK MAGNUS, READERS’ FAVORITE

Thank You for Visiting

I wish you happiness in your life, plenty of romance, and above all else, love.